Overview: Report on the Summer School for Research Associates at UCL

The Summer School for Research Associates, who are committing to the international research projects by University College London (hereafter, UCL), was held from 19th to 23rd of June at London. As RIHE has been one of its eight partner institutions abroad, I was given the opportunity to participate in this a-week-long training session as one of the RAs.

The Summer School was designed for building more collectively coherent and more capable research staff, and strengthening both internal CGHE ties and research networks worldwide. A total of 20 RAs, including four from partner institutions abroad (South Africa, China, and Japan), participated in this training session. In addition to the practical skill building sessions such as “Getting Research Funding,” “Career Development,” and “Media and Social Media Engagement,” various content-based sessions were provided in order to gain a stronger grasp of research in higher education studies. In the session entitled “Brexit Panel,” the withdrawal of UK from the European Union and its uncertainty on higher education were lectured especially focusing on the anti-migration rhetoric. Numerous anxieties were shown, at subsequent discussion, by London-based RAs regarding the future risks of higher education in line with anti-globalism, and I was able to realize how huge shadow Brexit has casted over the future of British and European universities.

On the final day of sessions, the competition on a bid for research funding was held. Here, all participants submitted a bid for funding (approximately three page long) on respective research topic of their interests, and also scored other’s bid as a member of review committee. “The institutional influences of English-medium degree programs at Japanese universities” was the topic I chose as my bid application. It was uncertain if I could convince especially those living in English-speaking countries of special circumstances on Japanese higher education, however, fortunately my bid was awarded as Third Prize.

The “impact” by research was the most impressive term that remained in my heart throughout this summer school. In UK, the resource allocation for research is determined by several evaluation measures by government, and thus, researchers as well as universities are required to validate its impact on society in applying for funds. It is not always feasible to measure the effect in education, and some British universities show their complaints toward the excessive metrics-based educational policies. Nonetheless, researchers are responsible for the validity whenever research is funded by public expenses, therefore, I would bear in mind its attitude of pursuing social contributions on my future research activities. 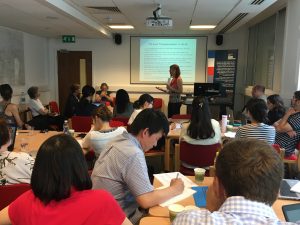 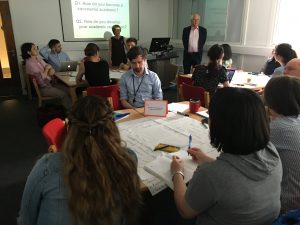 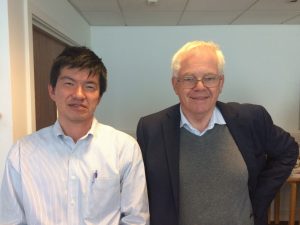